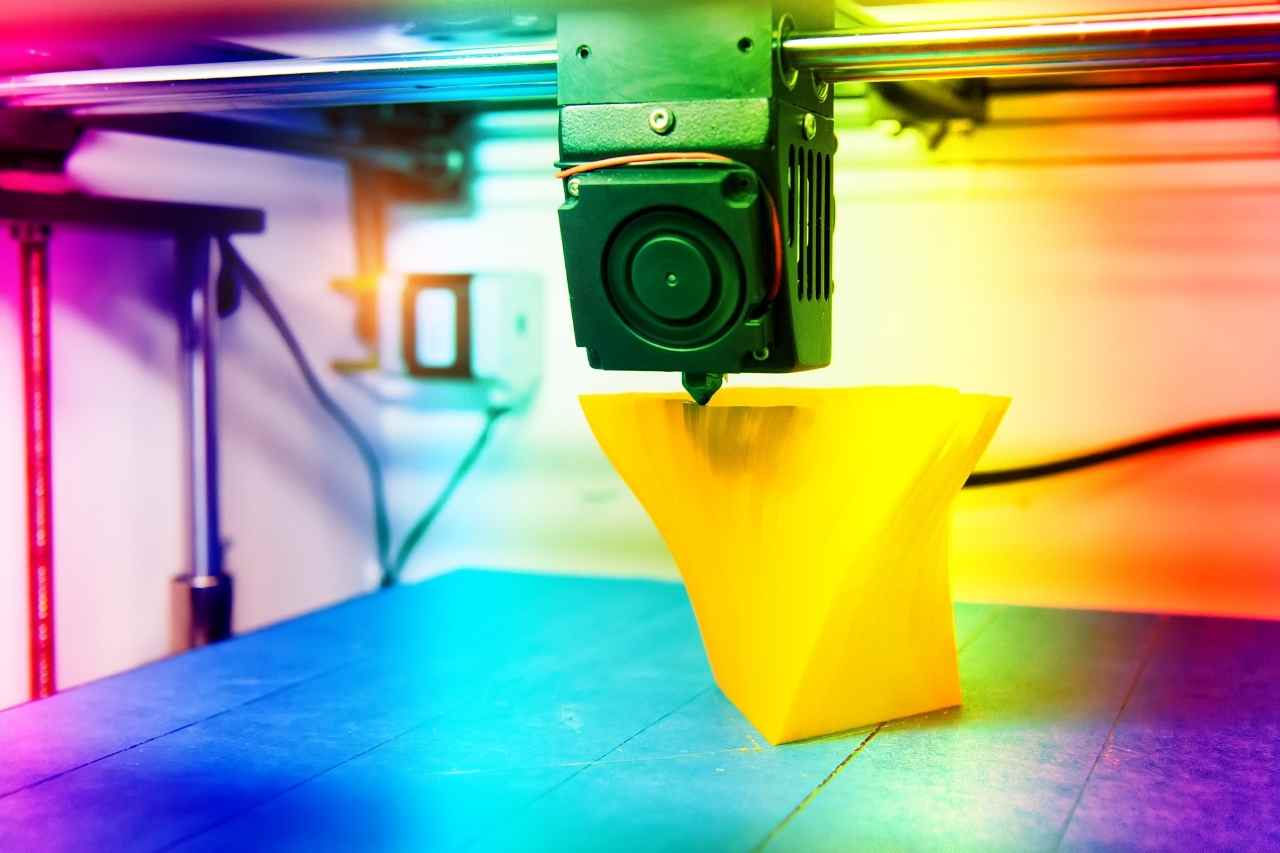 What is 3D Printing? How Does It Work? | Processes & More

Far, far away, multiple billions of miles in empty space, Things moved towards our Sun. They were arranged as a warlike space fleet. There were scouts and advanced guards fanned out ahead. Things were moving at an inconceivable speed. Two scout patrols have already passed through our solar system and it has led to two ‘cosmoquakes’ which have caused damage to earth. Things have no idea what’s happening on earth. As more scouts approach the solar system, it will destroy civilization.

Three men and a girl were at work to save the earth. Braddick - an inventor, Thorn - a technician, Hamlin - a useless guy and Jane - a draftsman. Braddick wants to build a spaceship so that he can persuade Things to change their course. Braddick has got an impossible job in his hand. Braddick tells Thorn and Hamlin that machining can produce a particular part cheaper than any other method can do but when the product is changed, the machine is useless because efficiency is obtained at the cost of flexibility and that’s why there aren’t any mass production machines for ships.

Braddick shows Thorn and Hamlin, the Constructor which he has built and is more efficient and flexible than machine-tool. The Constructor has a moving arm. Plastics are fed and as it comes out of the moving arm, it hardens. The Constructor follows the drawings shown to it and then the moving arm starts drawing in the air. The Constructor will construct the ship in the same way as an insect spins the cocoon. The result will be a ship made of plastic as strong as steel but vastly lighter than steel.

What was once a science fiction is now a reality. Today these Constructors are called 3D Printers and the process of manufacturing as 3D Printing. How is this science fiction converted into reality? What is a 3D Printer? What can be done with 3D Printing? What are its advantages and disadvantages? The article answers these questions.

What is 3D printing?

3D printing is an idea of manufacturing a 3-dimensional object in an unconventional way. 3D Printing has not replaced the traditional / conventional methods. It is just an alternative to the traditional method.  As shown in Fig 1. Individual laminae representing the cross sections of the object have to be formed. Then the adjacent laminae needs to be combined to form the 3-dimensional object.

People have found  7 different ways to make this idea possible.

When certain liquids are exposed to the beams of radiation, the liquid converts itself into a solid. This process is known as curing. This property of liquid is used to achieve 3D printing.

There will be individual laminae made up of this liquid. Only a specific portion of the laminae will be solidified to produce the desired object as shown in Fig 2.

Apparatus for Photopolymerisation and it’s working

Vat: It is a container that contains the liquid.

Radiation source: Light is the source.

Elevator platform: It is a platform on which the object is built.

In PBF each individual laminae is in powdered form. Specific portion of laminae is converted to solid i.e the goal is to convert the powder into solid. This can be achieved by two methods:

The powder will be heated in such a way that the particles will cluster/fuse together at the molecular level. The powder must be heated below its melting point. There is no phase change during sintering.

The powder will be melted. Due to liquefaction,homogenous part will be formed. The liquid is allowed to cool down so that it will convert into solid.

The first layer / laminae is spread on the platform. Then a liquid binder is applied on the top surface of the layer and only at specific portions. The  portion represents a cross section of the object. Then the platform is lowered down and a second layer is spread. The procedure is repeated till the last layer.

The object will then undergo a curing process to activate the binder. The temperature allows the polymer in the binder to crosslink and it increases the strength of the printed object. Some materials like metals and ceramics will require sintering post the curing process.

The individual laminae is composed of a sheet. For the first layer, a thin sheet of material is placed on the build platform. Depending on the type of sheet lamination, the next layer may or may not be bonded to the first layer. There are two types:

Sheet material is first cut into shape and then bonded to the base or previous layer.

Sheet material layers are bonded together before cutting them into desired shape.

For the first layer, a liquid photopolymer is deposited on the platform. Then the layer is cured using a UV light. The platform is lowered down and the process is repeated till the 3D Object is formed. In material jetting, support structures are also printed to support overhang features.

To create a layer, a nozzle extrudes the heated filament of the material and traces the cross-section of the layer by depositing the heated filament. The layer cools down and the procedure is repeated for subsequent layers until a 3D Object is built. Support structures are printed to support the overhang features.

DED apparatus includes directed energy and nozzles. The directed energy can be laser, electron-beam or plasma arc. The material ejected by nozzle can be in wire or powder form.

What is a 3D printer?

It is a machine which performs 3D Printing Process to produce a 3D object.

The main components of 3D Printer are :

It is the surface where 3D Objects are built. Build Platform is also known as build plate or bed.

The printing head holds the energy source (laser, UV, etc), the printing jet or the hot end of the extruder.

It executes the instructions fed to the 3D Printer.

The components include stepper motor, belt and leadscrew. With the help of these components, the build platform and printing head can perform motion along the X,Y and Z axis.

What is the process of providing instructions to a 3D Printer?

The 3D Printer needs to be instructed to produce the 3D Object. A set of instructions needs to be prepared in a language understood by 3D Printer. The steps involved in this process are:

Prepare the CAD file of the 3D Object to be produced.

Import the converted file into slicer software. The software slices the 3D Object into layers and automatically generates the instruction file for 3D Printer.

The formats for the instruction file can be G-Code, X3D, S3G, CBDDLP, etc.

What can we do with 3D Printing?

For the first time in the history of the Olympic Games, the podiums for awarding medals were made up of recycled plastic. P&G, the Tokyo 2020 Organising Committee and the International Olympic Committee established the Podium Project. In the course of nine months, the Japanese public donated 24.5 tonnes of discarded plastic. The plastics were recycled to be used as a resin for 3D Printing of the podium.

3D Printing can be used to convert existing plastic products into a new product rather than discarding plastics or throwing plastics into water bodies.

Lewis Holden, an industrial designer from Attleborough has built an ergonomic cricket bowling machine with zero electrical components. The machine named Ovafly is manufactured using 3D Printing Technology. The machine can be used for indoor and outdoor practice. Check out how the machine was developed.

In May 2020, NASA astronaut Andrew Morgan completed the first functional 3D Bioprinting experiment in space. He printed a human knee meniscus. Bioprinters work in the same way as a 3D Printer but instead of delivering materials such as metal, plastic, etc. they deposit layers of biomaterial such as living cells. This research conducted at the International Space Station is a part of a long-term plan to manufacture human organs in space.

Spanish fashion brand ZER Collection manufactures reusable 3D Printed garments. The material for manufacturing the garments is TPU. According to the co-founders, around 20 to 30 percent fabric is wasted in the cutting process. By using a 3D Printer we can produce the cloth with only the required amount of fabric. It reduces the waste to almost zero. Also, when the client doesn’t want the garment anymore, the client can return the garment to the manufacturer. The garment can be melted and reused again.

By using 3D Printing, props can be produced to support a theme. An example is Tomorrowland's 2016 music festival. The theme for the year 2016 was ‘The Elixir of Life’. The theme had a heavy focus on nature. The theme required a ‘magical ring’ to be used as a prop in a video trailer. The design of the ring mimics the roots of a tree growing together. A Belgium-based 3D Printing company has printed the ring. Although the ring has a minor role in the video, it helped to complement the theme.

Erin Winick, associate editor at MIT Technology Review has used 3D Printing to customize her wedding ceremony. She used 3D Printing to make her headband, bouquets for herself and the bridesmaids, all the table numbers, the cake topper, the floral cake decoration and the flower girl’s necklace. She owned two 3D Printers. Therefore making these things required only a small amount of investment. In total she spent $75 on all bouquets. She says that the average cost of a bride’s bouquet alone is $150 and each additional bridesmaids arrangement is about $75 and that’s a bargain with using 3D printing. She also says that 3D Printed items have a personal touch that we don’t get from purchasing something at a store.

The 3D Printing Process is truly efficient and flexible when a customized product needs to be manufactured. Traditional rules are no longer a barrier and the features and geometries of a product can be changed for every new quantity. The 3D Printing Process provides a power to the individual to convert envisioned products into tangible products. This process can be utilized for building creative products and to create an environment of invention and innovation.

In a highly fragmented and inefficient vendor ecosystem such as it exists in India, our platform digitalizes procurement, project management, and logistics. We adhere to robust processes in terms of IP protection, materials & engineering, quality control and logistics. Karkhana.io takes the pain out of the vendor management process - ensuring a seamless experience for our customers.

Hence, if you are a start-up planning to launch a product but figuring out the manufacturing aspects of it, try Karkhana.io for your needs today. 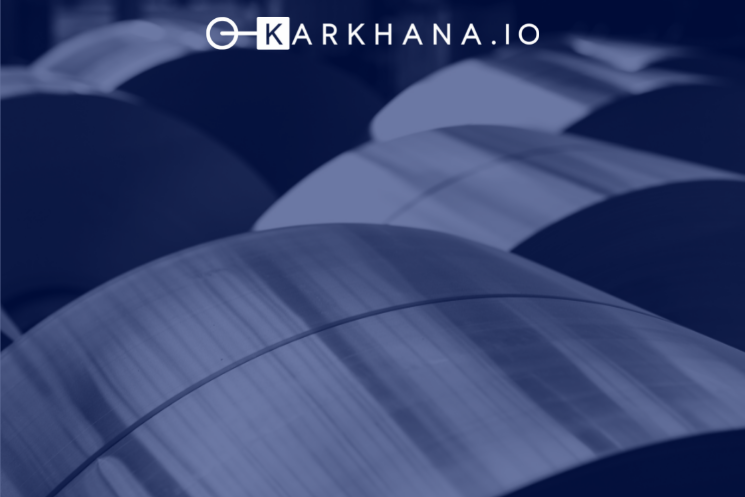 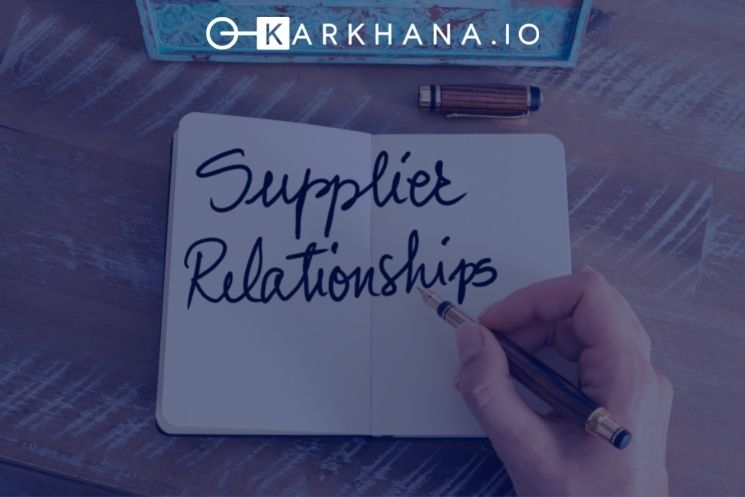 Buyer-Supplier Ecosystem in India: Evolution, Challenges and the Way-forward 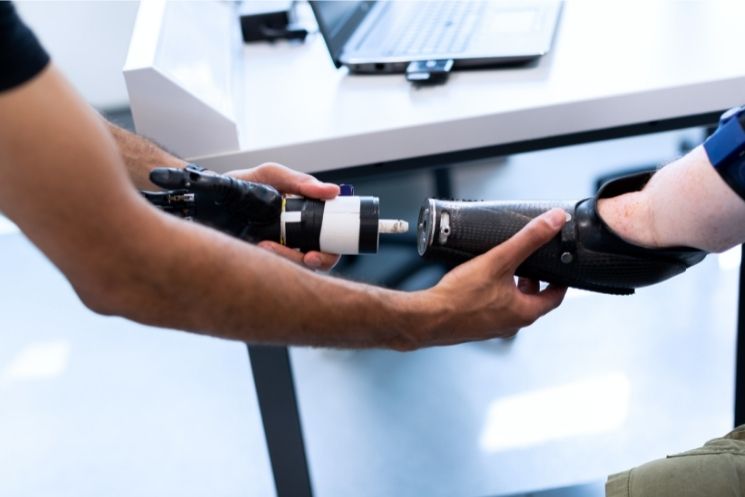